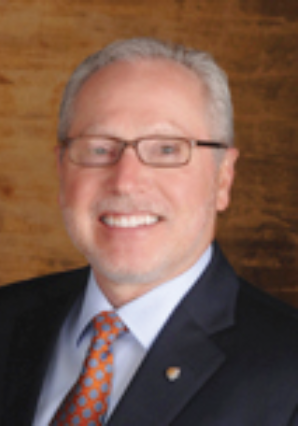 Six new chairpersons elected to KSBA Board of Directors

Six school board members were elected to KSBA’s Board of Directors during the virtual Fall Regional Meetings. The new regional chairs, who will join the board on Jan. 1, are:

Diane Berry joined the school board in 2012 and has served as both chairwoman and vice-chairwoman. She has served on several committees, coached cheerleading and has been a Kentucky state cheerleading judge for more than 25 years. Prior to her election, she worked as an administrative assistant for Nelson County High School and was regional president of the Kentucky Association of Educational Professionals. Berry served on the KSBA Board of Directors for three years as a director-at-large.

Bob Hutchison was first appointed to the school board in 1994. He is an active contributor and volunteer for the Ronald McDonald House of Huntington, W. Va., Salvation Army and Boy Scouts of America. Hutchison is a business owner and a trustee for both Midway University and the University of Pikeville. He is also a board member for the Christian Appalachian Project, Leadership Kentucky and One East Kentucky, among others.

Megan Jones joined the school board in 2013 and has served as both chairwoman and vice-chairwoman. Prior to her election, she was active in PTA and served on a school-based decision making council. She has also been in charge of programs at her church. She runs her own business and substitute teaches for a neighboring school district.

Dr. Jeremy Luckett was elected to the Owensboro Independent school board in 2019. In addition to the school board, he serves on the boards of the Goodfellows Club of Owensboro and St. Bernard’s Homeless Shelter. A practicing physician, Luckett is affiliated with several hospitals and community health programs and is the founder of Vineyard Primary Care.

Cindy Price has been a member of the school board for 10 years, serving four years as chairwoman. She has been involved with public education for 27 years and has dedicated much of her time to district or school committees and activities – including service on school-based decision making councils for an elementary, middle and a high school. Price is a past member of the Prichard Committee for Academic Excellence and the Kentucky Department of Education’s Commissioner’s Parent Advisory Council.

Brenda Rose joined the school board in 2018 after a 27-year career with the district. Rose has worked in the computer lab at Oak Grove Elementary, served as attendance clerk and office manager at Whitley County Middle School, and retired as the administrative assistant to the superintendent. Prior to joining the board, she was active with the district’s Relay for Life and served as the treasurer for the 4H Council. She is active in her church and with the Whitley Co. Alzheimer’s Committee.